In 2010 Dream-A-Way was honoured and delighted to be chosen by HMS Defender as one of the ship’s charities. Members of Dream-A-Way were invited to attend the Affiliation day of HMS Defender and to meet the Captain, Commander Philip Nash, and the ships company. Jeff Merrett MBE, Gill Freeman, Tina Kingdom and Bob Beer travelled to Portsmouth on a sunny August day in 2012 and were made very welcome by the ship’s company. We were given a tour of the fantastic ship and her facilities and treated to a meal with some of the ships company. 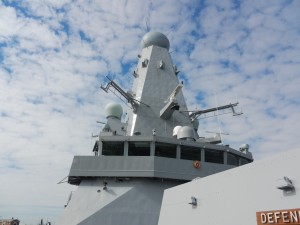 HMS Defender is the 5th of the Royal Navy’s six state-of-the-art type 45 Destroyers and was launched in 2009 and commissioned in 2013 when Dream-A-Way was again invited to the ceremony.

We are delighted that the ships company of HMS Defender have chosen to support us and they have been helping by raising money, attending some of our events and offering money can’t buy auction lots for our annual charity Balls. 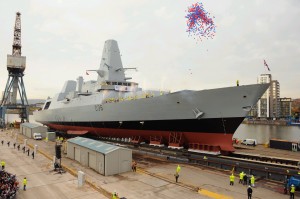 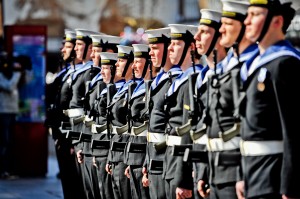 15/3/14 Freedom Of The City parade by HMS Defender through Exeter City Centre and reception at the Guildhall. Mike, Julia attended

Here is a report of that day from Julia Hall

Here is a report from One of our Trustees Tim

1/2/12 Further Exeter Launch of our affiliation with a function at the Guildhall hosted by Exeter City Council (Jeff, Gill attended)

15/7/10 Initial meeting with  Lt. Darren Minty at the Isca Centre with Jeff and Gill and Cllr John Winterbottom (now a Dream-A-Way Vice President, was Lord Mayor) Told that we had been chosen as the charity affiliated to HMS Defender

More news Events Give a donation

Sandra had her head shaved to a grade 2 in order to raise funds for Dream-a-Way on Saturday 26th October at 11.30am at Devon Cliffs in the reception area. But why, and who is Sandra?

This website uses cookies to improve your experience while you navigate through the website. Out of these, the cookies that are categorized as necessary are stored on your browser as they are essential for the working of basic functionalities of the website. We also use third-party cookies that help us analyze and understand how you use this website. These cookies will be stored in your browser only with your consent. You also have the option to opt-out of these cookies. But opting out of some of these cookies may affect your browsing experience.
Necessary Always Enabled
Necessary cookies are absolutely essential for the website to function properly. This category only includes cookies that ensures basic functionalities and security features of the website. These cookies do not store any personal information.
Non-necessary
Any cookies that may not be particularly necessary for the website to function and is used specifically to collect user personal data via analytics, ads, other embedded contents are termed as non-necessary cookies. It is mandatory to procure user consent prior to running these cookies on your website.
SAVE & ACCEPT